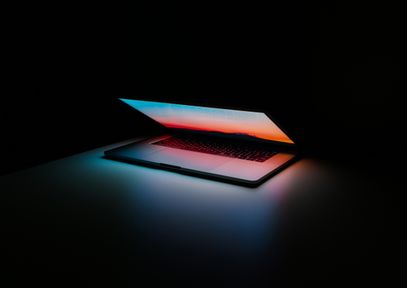 Can Multimedia Save Journalism?

In the late 1990s, when the Internet started catching on, many believed that traditional media, like print and broadcast media would make a transition to the online world.

However, that has yet to fully happen. Newspapers continue to struggle with layoffs and closings. Media leaders have tried and failed at monetizing the news in several different ways.

Despite this, multimedia content has grown on news sites. More publishers, editors and news directors have started hiring web-related positions. Even if we could flip a switch, and make the transition to predominantly online news content, could more multimedia stories save journalism?

Yes. Multimedia is part of the answer.

But only part of it.

The other two factors are money and varied approaches to both the content and the monetization of it.

Robert McChesney, a well-known media critic and scholar whose book I’m reading in one of my graduate classes, asserts that corporations have far too much influence over the media. The hunger for money, he says, effects journalism negatively.

The players haven’t changed in the online world.

The same companies that own newspaper and television stations own many of the most-visited sites. If one of these online companies lacks a foothold in traditional media, it still trends toward being huge.

The need for money, no matter whether a organization is non-profit or for-profit will never go away. News needs funding too.

So how can multimedia attract funds?

Multimedia lends itself to short bursts of stories, whether it is a photo gallery, video clip, podcast, interactive map or a text article. These pieces can make for perfect bonus content, in addition to certain levels of free content.

The CBS news show 60 Minutes has leaned toward this approach, according to one of its senior producers. Producing quality content will attract viewers and visitors, and may lead them to want to pay for certain additional or premium content.

The next question becomes how to monetize that content.

When I worked for a community newspaper in Florida, I rarely heard from readers who said they read the paper, front to back. When they called to complain or offer praise, it was typically about one section they were passionate about.

This is why I believe segmenting content, and pricing it by the piece and by section might work. However, I also believe that trying different solutions and being nimble about it will work best.

For example, the New York Times will try a metered approach in the future, giving away some free content while charging for some after a certain level of views. This approach might gain traction, thanks to its flexibility and use of free content.

Whether a news organization is for-profit or non-profit, it will always need some type of revenue stream, and multiple revenue streams work even better. Multimedia can drive the transition to more online news and more revenue streams, making news orgs less dependent on solely advertising.

Note: This post is a short assignment for my class in Contemporary Media Issues about journalism’s recent struggles.