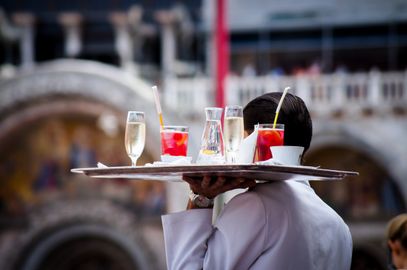 Posterous vs. Tumblr: How to Decide in Three Steps

Choosing a blogging platform is like going to a new restaurant: you want to try something new, but you don’t want to commit to something that won’t be that good, and end up with a bad taste in your mouth. Plus, the choices remain endless.

I recently wrote a two part series on using WordPress for your website, and am always interested in the evolution of blogging and publishing platforms. Monica Guzman asked via Twitter how Posterous and Tumblr compared. Also, my good friend, Colleen Callahan, had some questions about Tumblr the other day, so I thought I’d tackle this question in a post.

I have some expertise in interactive media, so I certainly could take a better stance here and recommend one platform over the other, but that would be pointless. Why? Everyone is different.

So don’t be afraid to sign up for an account on both Posterous and Tumblr and experiment. You’ll probably know very quickly which one you prefer.

2. See Who’s There (in the Community)

Both Tumblr and Posterous have strong online communities of bloggers who blog there every day. Depending on who’s there, you may want to select one over the other. Sure, a blog or website can be read by everyone, but it’s often the people within a certain community who first become evangelists for your site.

For example, my friend, Colleen, wants to start a site centered around music. I told her Tumblr might have the stronger community for that audience. I put my running blog there because I found more runners in that community than Posterous. I put my learning journal blog on Posterous because I found a lot of general-interest blogs already there.

3. Think About the Content You’ll Have and What That Will Mean for Using the Site

Many of the options and features for Posterous and Tumblr have striking similarities, but ultimately, it comes down to your content, how easy it is for you to get it out there and how easy it is for users to interact with it. Choose the platform best suited for this process.

When I researched each of these platforms, I found this head to head comparison by Mashable very handy. They like Posterous over Tumblr, by the way. I also wrote this article over at Fuel Your Writing on four of the main blogging platforms.

As for me, I find it hard to pick a clear winner. I use each one for a different purpose, so it’s hard to compare. It all comes down to YOU in the end.