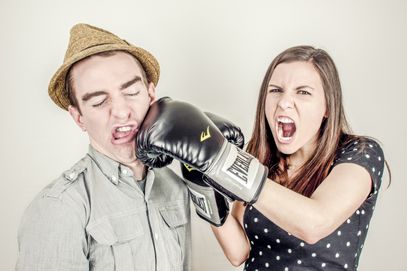 We do this thing in the accessibility world where we call out a website, web application or whatever else as not accessible – and we do it uninvited. I’ve done it myself.

We write a tweet, email, blog post or presentation about it, outlining the various issues and call attention to it. We mean well when we do this, thinking it will help the offending web team and organization, but it doesn’t. Instead, we make them a target and make them feel like they don’t know how to do their jobs. Worse, if they had any interest in accessibility or if they tried to implement their work in an accessible way, we risk losing them. No one wants to be your friend or play on your team if you’re mean to them.

See the Patterns; Be Positive

I don’t know about you, but I want more new friends and teammates in the accessibility world. I want more web designers and developers to be as excited about accessibility as I am. To do that we have to start the conversation a different way. It’s less about what isn’t accessible on each site and more about what patterns need improvement within the web community.

If you see something that isn’t accessible, ask youself these questions:

Take Action that Benefits Everyone

After asking those questions, you could take these actions to help everyone, instead of calling attention to one person’s or team’s mistakes:

We need to promote best practices and create accessible patterns for our web designer and developer teammates, not fix every mistake they make. Remember, we’re on the same team. We’re friends!

When I first started learning web accessibility, and came across situations where an accessibility advocate called others out for being “not accessible,” it never helped me learn why something wasn’t accessible. Instead, it made me hope I never ended up in that situation. It motivated me, but from a position of doubt and fear. As someone new to the field, I thought about accessibility critically and had many questions. But I was too afraid to talk about that anywhere.

Think about all those missed conversations I could have had with mentors, colleagues and other newcomers, all because I was afraid of getting it wrong. We have to do better. The current approach is not accessible.