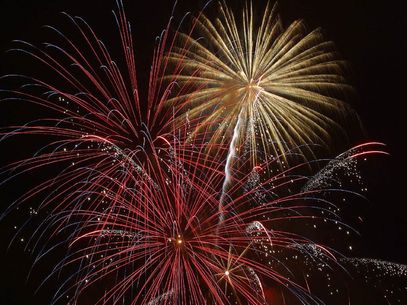 This year, I’m going to follow Leo Babauta’s advice and work on forming habits instead of creating goals. I want to keep it simple – only two new habit-forming actions this year. One will be professional and one will be personal. First, let me talk a bit about how 2014 went.

Keep contributing to the WordPress Accessibility team. I’m excited about all the progress we’re making.

I did this, contributing my first real patch toward the WordPress project, plus a handful more. I also tested the Admin area for accessibility and started reviewing themes that have the accessibility-ready tag.

I failed here, but I ended up releasing two minor updates for Accessible Zen and contributing to Twenty Fifteen, the new default theme for WordPress.

Start writing a book on accessibility. I’ve always wanted to write a book.

I failed here too, but I did start writing an outline. Also, I blogged for 34 straight days in November, and I believe I have some seeds for a book to grow from.

In other news, I had a year I won’t soon forget. My wife and I had our first child – a daughter named Skye. I also landed a dream job at Automattic, working on WordPress themes for WordPress.com.

I have two goals that I want to form habits around. First, I want to make more progress on that book about accessibility. To do that, I have to keep writing. So I want to average at least eight posts a month on my blog, with two of them being centered on accessibility in some way. I believe I’ll create some positive side effects with this too. So much of the Web and the conversation in accessibility centers on JavaScript, so I bet I can up my skills there.

Second, I want to lay the foundation for a new hobby. One that doesn’t involve a computer screen. Thanks to a comment from a friend, I’m going to try cooking. Over the past six months, I’ve started making breakfast more for my family on weekends. I’ve made omelets mostly, so I want to try new recipes. I’ll aim to try one new recipe a month. It can be any meal, but it will probably be breakfast, since that’s my favorite meal of the day. 🙂

Happy New Year and happy habit-making to you!