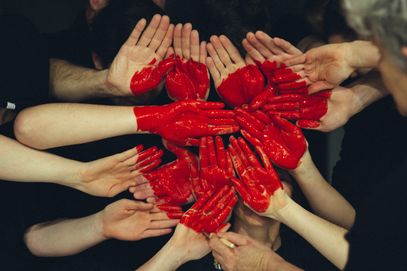 Why I Care About Accessibility

Many people don’t know that I’m a twin.

Born two-months premature with many health challenges early on. I was a small kid who wore thick glasses and had a visible scar on my head from a surgery. My twin, Darrell, had a different fate. He didn’t fully develop because of the early birth. He never spoke or walked and required around-the-clock care. When my family visited him, he’d always light up when you gave him a kiss, a hug or whispered in his ear. From an early age, I had this real example that some people’s bodies or environments trap them. Their voices go unheard. Every time someone asked me about the scar on my head, I thought of my brother.

I still do. That’s why I care.

In my first web-related job, I worked for The Arc. The United States-based nonprofit serves people with intellectual and developmental disabilities. I felt connected to the cause because of my brother, of course. While there, I saw firsthand how much harder people with disabilities had to work to be heard. To be included. To live. They always reached for opportunity, often limited only by the world around them.

That’s why I care.

When I was a teenager, I told my mom that I felt like I had to live for two. I still feel that way. Darrell died September 23, 2012. I think often about how my journey, my life’s work, wouldn’t be as meaningful without his influence. In a way, he wasn’t silenced at all. I’m lucky.

You don’t need to have a personal connection to accessibility to care about it as deeply, of course. You just need to be open to the world around you. What’s different? Who doesn’t have room to flourish? How can you help? Be curious. Grant the space for people. Help each other.

I wrote a bit about this story, and told it on stage for a recent talk. I wanted to share it here too since it’s shaped a big part of who I am and how I operate.